What Mindy Kaling and I both believe about confidence. 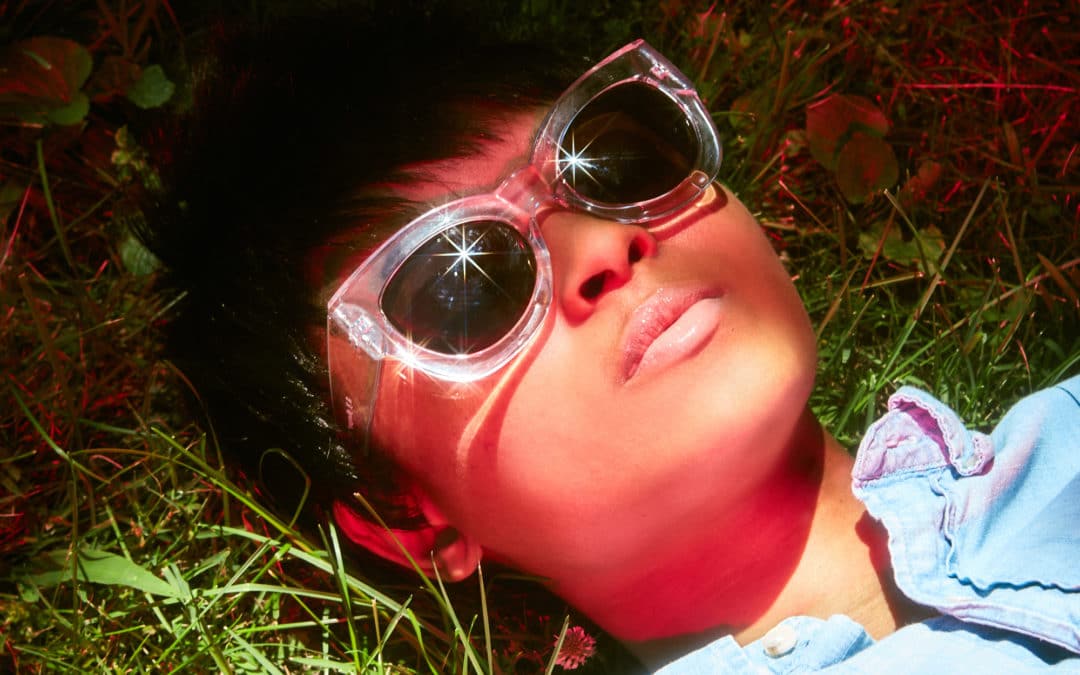 Hands up in the air if you love Mindy Kaling…

[throws own hands wildly in the air!]

And really, who doesn’t?!

I’ve loved her work from her earliest days on The Office but what really sealed the deal for me was when I read an article she wrote in Glamour and I realized that she and I both believe the exact same thing about developing confidence.

To learn more about this, and to discover a tool that can help you nurture confidence in areas of your life where it’s needed, keep reading.

What Mindy Kaling and I both believe about confidence.

“Work hard, know your shit, show your shit, and then feel entitled. Listen to no one except the two smartest and kindest adults you know, and that doesn’t always mean your parents.” – Mindy Kaling

A few years back, I came across this terrific article written by Mindy in Glamour.

The whole essay is great (and, predictably, hilarious). In it, Mindy is addressing a young fan of hers who she felt she let down with a canned answer about how to be confident.

Her written response is her re-do, and it’s a strong, honest, and compelling one.

In it, Mindy talks about a concept that I call earned confidence: The idea that we’re not just magically, spontaneously confident, but rather that the state of confidence is earned through hard work and experiences that increasingly teach us we can and should have confidence in ourselves.

And I couldn’t agree with her more.

I agree with Mindy Kaling because confidence, by definition, is a feeling state of certainty, assurance, and faith in someone or something (including yourself).

And I would argue that, for most of us, when we’re starting new behaviors, exposing ourselves to new situations, trying out something we’ve never done before, it’s normal, natural, and very realistic not to feel confident in yourself.

(Note: Grandiosity – a false and unrealistic sense of superiority or abilities – is not to be confused with confidence. This is a hollow, reactive state to a lack of self-esteem, actually.)

So confidence – the feeling state of assurity in yourself or your actions – has to be earned through repeated exposure that authentically reifies the belief, little by little, that we can be successful at that thing we’re attempting.

But what if you grew up in a home where you weren’t taught to be confident?

There are some people out there who may seemingly have been confident from birth, and if we don’t know that person’s story, it’s easy to believe that they had it easy, that they’ve always been confident.

And honestly, maybe that is kind of the case.

Maybe they were lucky enough to be born into a family that was supportive, affirming, and nurtured confidence in their child when they saw it blooming and blossoming moment-to-moment in their kid.

A childhood of that will likely set someone up for a psychologically balanced and realistic view of themselves when trying out new behaviors or activities. And that might make them appear more confident (though the reality is they likely have to earn confidence like any of us).

But for some of us, we were not born into families like this.

In fact, we may have had even the opposite kind of upbringing, one in which parents, siblings, or other early influencers (like church, schools, or social messaging writ large) gave us messages that we were unworthy, incapable, or lacking. (Stay tuned for my next blog post in two weeks for more on that!) Early messages like that can often lead us to feel unconfident in many life areas even as adults. And that’s tough.

Or maybe you had what many of us had in childhood – families who tried to support you and nurture your confidence in some ways and yet they or society gave you unintentional, unconscious, unhelpful messaging which didn’t support your self-esteem in other ways.

(And quite honestly, show me a woman in this patriarchal world who hasn’t had social messaging attempt to erode at her confidence in some way!)

But you know what the good thing is about any of these scenarios?

If confidence is a feeling state that’s earned, it means that no matter where you’re starting from, you can work towards this and achieve confidence today as an adult no matter what your childhood or adolescent experience was like.

And I have a little tool that I think can be helpful for any of us working to build confidence in any life area.

So how can we use this concept of earned confidence to help us out in our own lives?

As a therapist, often I hear beliefs such as “I can’t have confidence in this thing I’m attempting to do or this way I want to view myself because I haven’t had success with that and/or I’ve received lots of messages that tell me something different.”

For example, maybe it’s a young woman who feels like it’s impossible to imagine getting married because she’s never even had a successful date or a relationship that’s lasted longer than three months before.

Or maybe it’s a woman who doubts that she will ever be able to be a good mom and have a great, fulfilling career because she had such a destructive model of that in her own mother and grandmother growing up.

Both of these fears, these beliefs that something won’t be possible, this lack of confidence in these areas makes total sense for the women who believe them.

It makes sense we wouldn’t feel confident in our abilities to do/be something if we haven’t had successful, belief-affirming experiences of that yet.

So I’m not going to ask you to magically, spontaneously believe that you will be able to get married or that you can be a wonderful mother and have a flourishing career if that’s not what you believe.

That may be a cognitive dissonance for you – a clash of two contradictory beliefs that creates mental stress.

But what I am going to encourage you to do is seek out a kernel at the heart of both of these longed-for dreams and to build upon that to slowly earn confidence.

Well, for the young woman who wants to be married but doesn’t think it can happen for her, I would challenge her to look at what’s at the heart of her dream: connection, being in a relationship.

And I would encourage her to look for evidence and examples of how she already knows how to do this. Is she a good sister? A good friend and work colleague? Are there people in her life who she knows how to connect to and who like her?

We notice those areas and moments where connection and relationship are happening successfully and we extrapolate a belief from them. Maybe something like, “I know how to be successful in lots of different kinds of other relationships.”

And while this may not be sufficient-enough evidence of her ability to be successful in dating yet, it can support her esteem that she’s liked and regarded well by others to, in her own time, give her enough confidence to possibly get on an app or go out on that blind date her roommate wants to set up for her.

The key here is to find smaller, more congruent beliefs that will help you have you the confidence to take the very next step, which, in this woman’s case, would be putting herself out there to date and risk collecting new experiences.

Risk is the operative word here.

Ultimately, if we want to believe that we will be successful at something, we will have to take the risk and do the thing at some point.

And then, much like what Mindy Kaling speaks to in her article, we will have to work hard to continue to earn confidence in that area we are taking a risk in.

And, as we risk doing that thing we’re lacking confidence in, we want to accumulate evidence that we can tolerate the discomfort of putting ourselves out there, that we can survive failures and setbacks.

But sometimes when we’re just starting out, building our confidence in areas that feel really unachievable to us, we want to start smaller and identify more congruent, realistic and supportive beliefs that speak to the essence of what we’re ultimately longing to achieve.

When we nurture those kernels of confidence in similar, smaller, or different beliefs, we may then build upon this to take the risk of working towards the thing we ultimately want.

We start slowly but surely (and sometimes in very small ways) earning confidence where we did not have it before.

So let me ask you:

The stories we tell ourselves about ourselves and our lives, to a certain extent, may inform our reality and certainly impact our emotions.

You don’t have to fake it till you make it and pretend you’re confident when you’re not. The idea is to scope it back and find smaller ways you can genuinely feel confident in yourself, soothe and ground yourself in this, and then build on it until you can and want to risk the thing you ultimately want.

No matter where you’re starting from, you can earn your confidence and, in fact, you must earn it.

So now I’d like to hear from you: Do you agree with what Mindy Kaling and I believe about confidence? What’s one way you help yourself “earn confidence” in areas you might lack it? Leave a message in the blog comments below so our community of blog readers can benefit from your wisdom.

And until next time, take very good care of yourself.

Further resources to support your re-writing of self-beliefs:

Welcome. However you found this blog, I’m so glad you’re here. I’ve been writing about a variety of mental health topics every two weeks for over four years now, so there’s quite a bit of content here! I invite you to explore my blog post categories and archives below for the topics that resonate with you the most right now. Thank you for taking the time to read my words. I hope they feel helpful.

This website uses cookies to improve your experience while you navigate through the website. Out of these, the cookies that are categorized as necessary are stored on your browser as they are essential for the working of basic functionalities of the website. We also use third-party cookies that help us analyze and understand how you use this website. These cookies will be stored in your browser only with your consent. You also have the option to opt-out of these cookies. But opting out of some of these cookies may affect your browsing experience.
Necessary Always Enabled
Necessary cookies are absolutely essential for the website to function properly. This category only includes cookies that ensures basic functionalities and security features of the website. These cookies do not store any personal information.
Non-necessary
Any cookies that may not be particularly necessary for the website to function and is used specifically to collect user personal data via analytics, ads, other embedded contents are termed as non-necessary cookies. It is mandatory to procure user consent prior to running these cookies on your website.
SAVE & ACCEPT