The Three Stages of Romantic Love

First, let me begin by saying that I wish I could properly credit who first came up with this frame for organizing the lifecycle of relationships. I’ve heard it referenced and referred to in different terms by a wide variety of therapists, couples counselors, and thoughts leaders, but, again, am not sure who originated it.

Perhaps, like so many psychological concepts, its become an amalgam of insights and contributions and in today’s post as I describe what the three stages and attendant hallmark factors are, I’ll contribute my own thoughts and opinions to this cumulative concept about the lifecycle of a couple’s relationship.

The First Stage: The Honeymoon Period.

So, again, the concept of the three stages of romantic relationship refer to distinct phases of a relationship a couple may journey through over the lifecycle of relationship.

And first and foremost among these stages is the Honeymoon Period.

Ah, the honeymoon period… It’s the stage of relationship when we’re falling in love with the other person, and our bodies and brains are flooded with a powerful cocktail of hormones (dopamine, norepinephrine, and serotonin), where we’re likely having sex effortlessly and easily, and we’re prone to projecting only the best, most positive attributes onto our new partners. It’s the stage of love most commonly memorialized in pop songs, Rom-Coms, books and poetry across the ages. It’s heady, it’s intoxicating, it’s infatuating.

The Second Stage: The Individuation Stage.

After the heady glow of the honeymoon period wears off couples will enter what I call the individuation stage of relationship.

It’s a phase where the flood of hormones is dying down and the default positive projections onto one another are tempered by reality.

It’s the stage of relationship where a couple is left recognizing and reckoning with their differences as imperfect individuals, faced with each others’ perceived flaws, relational woundings, lifestyle quirks, cohabitation oddities, bodily noises, contradictory values differences, etc..

It’s the stage of relationship where two people now need to learn how to co-exist alongside one another with all of their emergent differences.

As you may expect, it’s a stage of romantic relationship where conflict most typically emerges. Not that there’s any correlating study (that I know of) linking the individuation stage to divorce rates, but, in my opinion, this is likely the stage where the most separation of couples happens.

And you know what? This makes sense because the individuation stage is hard!

Unlike the relative effortlessness of the honeymoon period, the individuation stage requires partners to confront each other and themselves and do the every day, sometimes-gritty, often-uncelebrated work of learning to be in relationship with one another.

This is not a stage that’s well memorialized or even illustrated in most entertainment mediums nor is this a stage most of us are taught how to effectively navigate, so, in my experience, it’s often the stage where individuals and couples can feel the most isolated and ashamed – imagining they’re the only ones having these kinds of struggles.

Of course, that’s not the case at all!

Long-term romantic relationship takes WORK and if couples can understand this, commit to doing the work with one another and perhaps even getting the support they need in this time, it’s possible to move through the individuation stage (which can last anywhere from years to decades in length) to form ever-more secure attachment, skillful relational tools, and deeper connection with one another.

Setting healthy boundaries is another way to create a thriving relationship. If you want to learn more about how to this, please consider seeking additional support and exploring my signature online course, Hard Families, Good Boundaries.

The third stage of romantic relationship, assuming couples have hung in there and navigated through the individuation stage of relationship, is a phase I call Mature Love.

The mature love stage of relationship is characterized by a reduced and tempered amount of conflict and instability then the preceding individuation stage.

Couples in the mature love phase will have worked through the majority of their power struggles and conflicts (this is not to say this phase is conflict-free – only less conflictual in core ways), and have earned a greater degree of trust, empathy, attunement, realistic understanding and expectation of the other.

Romance, butterflies, and great sex can certainly still exist in this stage, but not in the sometimes-delusional, mostly chemical way it does in the honeymoon period.

The mature love phase, again, is not a stage of love well illustrated or talked about in pop culture, but it’s a beautiful goal to have as a couple: a secure, loving, stable phase to work towards.

The Value Of Knowing This Concept about Romantic Love

The value of knowing about the concept of the three stages of romantic love, is, I believe, the normalization it can yield if you find yourself in a relationship that’s undergoing the individuation stage.

After all, there is no such thing as a conflict-free relationship (indeed, when couples tell me they don’t have conflict in their relationship I consider this to be a curiosity and sometimes concern), and just because you may be experiencing conflict right now in your relationship doesn’t mean it’s the wrong relationship to be in.

It just may mean that you and your partner are in the thick of the individuation stage of your relationship and perhaps that you need some support in navigating the challenges that are coming up.

Comparing yourself and your relationship (if you’re in the individuation stage) to couples who are still in the honeymoon period is fruitless and likely to make you feel bad.

Instead, compare yourself to couples who you know who have weathered the individuation period (whether you know them in real life or from afar) or better yet, don’t compare yourself at all and save your emotional energy for navigating and building upon your relationship.

I know this may not be the most popular opinion but, let’s face it, getting two people together with their attendant triggers, histories, preferences, quirks and temperamental differences COMBINED with work, commutes, kids, seemingly endless housekeeping and life chores, aging parents, financial responsibilities, sleepless nights and all of the other stuff that life throws at us is not necessarily easy for any couple to navigate.

So the next time you find yourself feeling ashamed, discouraged, or concerned that you and your partner are struggling right now, please remember this concept and see if you can take any heart and encouragement from remembering the inevitable developmental tasks of the individuation stage of relationship.

And, of course, if you need to seek out professional support to weather what it is you’re facing, please don’t hesitate to reach out.

Few of us grow up in homes where healthy, functional and skillful romantic relationship is consistently modeled and it’s not like schools or life hand us an instruction guidebook on how to be in a successful long-term relationship, so seek out the counsel of someone who is trained in this area so you and your partner don’t have to go it alone.

And until next time, take very good care of yourself. 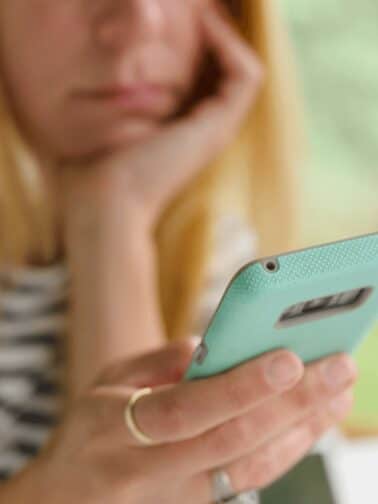 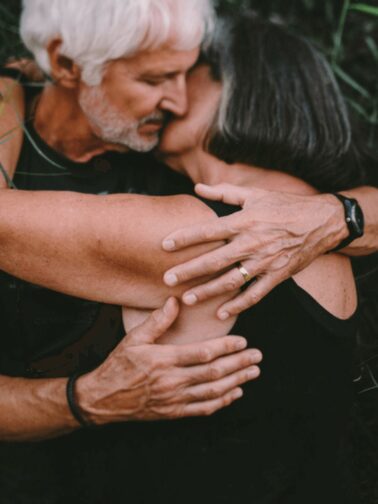 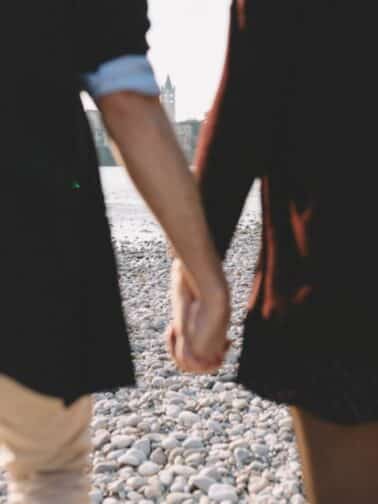 If you’re concerned you’ll never meet “The One”, read this.