First, I want to go on the record by saying that I believe that life is hard, full stop.

Being alive in a mortal body, loving other people in mortal bodies, all the while making our way in a world that requires money to pay bills and so on and so forth isn’t really easy for most.

But I do want to suggest that life might be harder still (especially in the 30’s and 40’s) for a particular segment of the population: those of us who come from relational trauma backgrounds.

Why can life feel harder for those of us who come from relational trauma backgrounds?

And cracks in a proverbial foundation can make the proverbial house less sound, less stable, more difficult to live in (so to speak).

Let me unpack this idea more.

First, what does it mean to come from a relational trauma background?

A relational trauma background, as I define it, is trauma that results over the course of time in the context of a power-imbalanced and dysfunctional relationship (usually between a child and caregiver) that results in a host of complex and lingering biopsychosocial impacts for the individual who endured the trauma.

These biopsychosocial impacts stemming from a trauma background can and often include:

These biopsychosocial impacts stemming from a relational trauma background are the proverbial cracks in the psychological foundation that, ideally, in a non-traumatic environment would otherwise be sound and stable.

What would a sound and stable psychological foundation look like?

In a healthy, non-traumatic childhood a young child would grow up with largely functional beliefs about self, others, and the world.

They would hit developmental milestones and cope with stressors in (mostly) functional, appropriate ways.

They would have access to a wide emotional range and learn developmentally appropriate emotional expression skills.

They would earn secure attachment and learn and experience how to be interdependent and connected with others.

All of this would add up to a mostly (if not fully) sound psychological foundation, a proverbially sound foundation for the house of life which they’ll go on to build upon.

But those of us who come from relational trauma backgrounds?

We may go on to build the proverbial house of life on an unsound foundation because of those negative biopsychosocial impacts, leading to challenges down the road but possibly (and often) not knowing that the foundation is unsound for quite some time.

The faulty foundation is often good enough for some time as we grow up.

Most of us only realize how faulty our proverbial foundation is once we arrive into our 30’s and 40’s.

Because when we’re young and growing up – as a teen and young adult – our proverbial house of life, built upon whatever foundation we have, is usually a single-story house, not a multi-level house, and thus we don’t feel the cracks in the foundation quite as much.

What makes it a single-level house (so to speak) and why wouldn’t the foundational cracks be felt as much?

During the early stages of life, most of us are still being financially and logistically supported by caregivers (dysfunctional though they may be) and/or institutions designed to protect and nurture the young and vulnerable (for example, foster care, protective systems, and schools).

Combined with still being able to rely on others for financial and logistical support (usually), there is also, in these life stages, a relative lack of significant responsibilities and triggers that would otherwise test the proverbial psychological foundations of our lives.

And in being developmentally young, the cost of un- or underdeveloped biopsychosocial skills (that stuff that comprises the proverbial foundation of life) is usually only a cost to us versus other vulnerable people and situations around us.

In other words, the stakes are lower if the biopsychosocial skills are faulty when we’re younger.

For a while, it’s possible to build upon a faulty foundation and look impressive without consequence.

So, those of us with cracks in the foundations build up our house of life – because that’s what we all do in life as we age and move through the world.

One year at a time, one choice and attendant set of consequences at a time.

We build as we age.

First, we build one proverbial story. And then maybe a second.

And we build up around the cracks in our foundation that we are often not even consciously aware of.

Coping as best we can.

Building as best we can.

And indeed, even though we come from relational trauma backgrounds and there are cracks in our foundations, the exterior of our proverbial house may not look bad.

In fact, it can look quite impressive.

Someone from a relational trauma background can be high functioning both academically and professionally but underdeveloped in their emotional and relational skills at the same time.

For example, you can get into an Ivy League university and walk away with dual degrees and top honors and still have unresolved C-PTSD symptoms that make emotional regulation feel impossible and relational attachments painful (I was a perfect example of this in my late teens and early 20’s).

So again, we inevitably build our house of life and many of us even have an impressive, shiny exterior despite the faulty foundation.

All the while the faulty foundation may be unseen, unknown, and the consequences of those cracks not terribly felt yet.

So when do the cracks in the foundation really begin to be felt?

Usually when we arrive into our 30’s and 40’s, having built additional proverbial floors on our proverbial home.

The 30’s and 40’s are a time of increased relational responsibilities that test faulty foundations.

By the time many of us arrive into our 30’s and 40’s we’ve begun to build more proverbial floors onto the foundation of our house.

And it’s the relational responsibilities in particular that begin to test the foundations of our lives.

Because our relational trauma wounds took place in relationships early on in life and it’s through relationships that those wounds will often get triggered and exposed.

When we’re younger, we may have more ability, choice, and time to avoid relationships, and this commensurate triggering.

But when we arrive into our 30’s and 40’s, many of us are confronted with situations and choices that trigger these relational trauma wounds substantially more.

For instance, common developmental milestones and experiences of the 30’s and 40’s often include:

As you can see, these developmental milestones are all themed by more relational contact and an increase in responsibilities.

And while these developmental tasks and milestones are not necessarily easy for anyone (see my caveat at the top of this article) they can often feel much harder for those who come from relational trauma backgrounds because now the cracks in the proverbial foundation are being stress tested in a way they previously have not before.

This is because the 30’s and 40’s, with all their greater relational pressures, can often reveal the maladaptive beliefs we introjected and the maladaptive behaviors we developed to cope with intolerable and overwhelming experiences when young and coping with our traumatic relational situations.

So, very often in the 30’s and 40’s, many of us start to find out how those maladaptive beliefs and behaviors are no longer serving us and perhaps keeping us from the very things we want.

In other words, we start to see and feel the cracks in our faulty foundation more so than we have in the past.

Two weeks from now in my next essay, I’ll share some vignettes and examples of what it may look like for two different individuals in their 30’s who start to feel the proverbial cracks in their foundations as a result of time and developmental milestones.

And then, very importantly, I’ll talk about how we can assess for and begin to repair those proverbial cracks in the foundation.

Stay tuned, and, as always, thank you for trusting me to be a part of your relational trauma recovery journey. 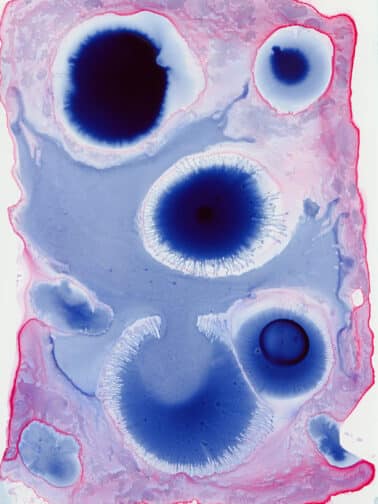 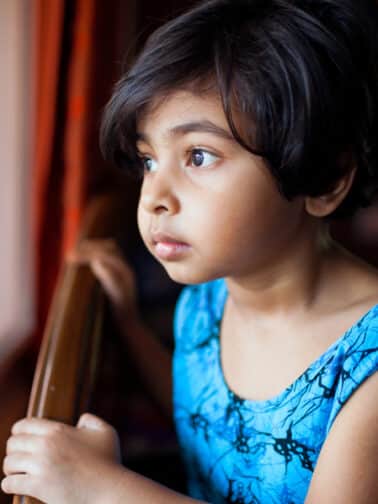 Who would you have been if it was safe? 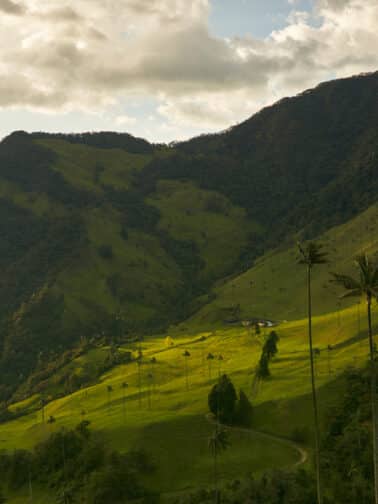 The grandma from Encanto is so relatable…