Most of us women have a list of these messages a mile long, messages delivered explicitly or implicitly, well-intended or ill-intended across childhood, adolescence, and our adult years.

These messages may have come from our families, our teachers, our coaches, our siblings and peers, and then later, our lovers, co-workers, and even our in-laws. And certainly, all of us growing up as a woman in this world received some version of these messages from society as a collective.

At it’s core, each message delivered a warning: “You’re too much. STOP.”

And many times, we likely listened. Because when everyone around us is telling us we’re too this or that, it’s hard to not believe, isn’t it?

But what if you weren’t too much? What if it said far more about the people delivering the messages than about you? What if you could believe something different and really embrace your “muchness”?

In today’s post I want to tell you about the one critical question you need to ask if you’ve ever been told you’re too much, why being “too much” is a personal and political issue, talk with you about reclaiming your “muchness,” and share a list of nourishing resources to help counteract those damaging “you’re too much!” messages.

Too much for who?

“Everything that irritates us about others can lead us to an understanding of ourselves.” – Carl Jung

The single most important question you can ask yourself if ever you’ve been delivered the message, “you’re too much!” is this: “Too much for who?”

You need to consider the source and context of who exactly it is delivering the message and then be curious: Is it someone who was also taught to keep herself small? Someone who swallowed whole the belief that a woman can only take up so much space? Is it someone who personally feels threatened by anger and therefore reacts strongly when you show anger?

Bottom line: If someone is giving you the message that you’re “too much” in some way, be aware that that person has likely disowned that part within themselves and is now projecting that unwanted attribute/characteristic onto you. In this way, it says far more about the person delivering the message and what they believe is acceptable or unacceptable for themselves than it does about you personally.

Look, we’re all products of our experience and if the person telling you that “you’re too much” was conditioned to believe his or her own deep and strong feelings, needs, wants, dreams and hungers were “too much,” it’s likely she will unconsciously project this message onto you.

That’s what we as humans do. We project all over one another if we don’t make the unconscious conscious.

So the next time you’re delivered this message, always consider the context and ask yourself, “I’m too much for who?”

Because I can promise you: there are many, many people out there who you would likely NOT be too much for.

Especially not for those people have done their personal work and learned how to reclaim and accept those parts – their deep and strong feelings, needs, wants, dreams and hungers – within themselves. For those people, you are probably not too much.

And remember: “too much” is a personal and political issue.

“Men are taught to apologize for their weaknesses, women for their strengths.” – Lois Wyse

A woman who is told she is “too much” is, in my professional opinion, as much as political issue as it is a personal issue.

Well, to quote the famous feminist phrase, “the personal is political.”

This term – coined in the 1960’s to underscore how what was happening in an individual woman’s home lives (access to reproductive rights, wage equality, etc.) was a universal social and political issue – can, I think, also apply to what women have to deal with on a psychological level, too.

Since time immemorial, women’s power, presence, and emotionality has often been perceived as a threat by certain institutions and certain populations in power.

The arc of history is littered with examples of this (the one-time pervasive medical diagnosis of “female hysteria” being but one small example) and remnants of this mindset linger still today in the way society collectively attempts (and succeeds) at silencing, objectifying, labelling, and keeping women small: Small in size (“Don’t get fat!”); Small in volume (“Don’t be so shrill!”); Small in accomplishments (“Isn’t being a mother and wife enough for you?”); Small in financial prosperity (.79 cents for every dollar a man makes.); and so on.

Through this lens, you being told you’re “too much” is as much a political issue as it is a personal issue.

Think about it: where did those around you learn those messages themselves? At some level in this society we’re all conditioned to believe that being “too much” as a woman is a Bad Thing. Hearing that you’re “too much” from your family/friends/coworkers/lovers is as much a political issue as it is a personal issue.

So the next time you hear this message, remember that women throughout the ages have had to deal with this very same message.

I say this not to diminish your personal experience, but rather to help you hold and consider that what you’re struggling with if you receive those messages is a product of a much larger, more systemic, entrenched social and political problem.

So what do you do about it?

“‎You’re not the same as you were before,” he said. You were much more… muchier… you’ve lost your muchness.” – Lewis Carroll, Alice’s Adventures in Wonderland & Through the Looking-Glass

I loved that moment in the 2010 film version of Alice in Wonderland when the Mad Hatter told Alice she’d lost her “muchness.”

Muchness may be a made-up word but I think it perfectly captures the idea of wholeness, vitality, aliveness, uniqueness, loudness, boldness.

Muchness is, what I imagine, happens when a woman reclaims, owns and accepts all parts of herself despite what others would have her be/do/say.

In other words, “muchness” is what happens when a woman psychologically integrates herself.

Luckily, when it comes to reclaiming our own muchness, none of us need go up against a Jabberwocky (unless it’s the proverbial psychological Jabberwocky struggle in our soul that would sooner keep us quiet!).

Instead, what we are called upon to do is to acknowledge, own, and accept the parts of us we may have muted, gagged, bound, stifled and tucked deep down inside of us (or whatever flavor of coping you chose for fear of the consequences of “being too much”).

This is the work of psychological reclaiming.

The work of psychological reclaiming is not some bulleted step-by-step guidance I can script out in this article. Instead it’s a journey. A long, ever-unfolding psychological journey akin to an archaeology dig where you get in touch with all of you – your loudness, your bigness, your lusts, your dreams, your hungers, your deep desires and big feelings – and work to accept and allow all of these parts back into your life again.

This is how you reclaim your “muchness.”

So if you’ve ever been told that you’re “too much” or any other iteration of this message AND you’ve felt shame, guilt, or rejection about these parts of you, that’s a terrific starting point for doing some self-reflection, boundary-setting, some therapy, some psychological reclaiming work on parts of you that may still need to be integrated within yourself.

The next time someone tells you that you’re “too much” and you feel shame, consider this a gift and an opportunity, a doorway into reclaiming this part of you, your “muchness.”

Resources to support your “muchness.”

“Even to me the issue of “stay small, sweet, quiet, and modest” sounds like an outdated problem, but the truth is that women still run into those demands whenever we find and use our voices.” – Brené Brown, PhD

We as women still, sadly, live in a world that would sooner see us small, quiet, and pleasing than to be “too much” of anything, really.

(We needn’t look further for reinforcement of this double bind of being a modern woman than the sexist hyper-scrutiny of her emotionality, composure, and relatability that Hillary Clinton is facing in this presidential campaign.)

But when we steep and surround ourselves with supports that actually encourage us to be more of who we are, resources that call out and nurture all those disowned and rejected parts of ourselves, when we keep company with those who are not intimidated by our bigness, loudness, boldness, intelligence, ambition, hungers, etc., we give ourselves the nurturing and permission we may need to reclaim our “muchness.”

This list of resources below at the close of the article is but a small collection of supports that I’ve personally found valuable.

If you would like additional support right now and you live in California or Florida, please feel free to reach out to me directly to explore therapy together.

Or if you live outside of these states, please consider enrolling in the waitlist for the Relational Trauma Recovery School – or my signature online course, Hard Families, Good Boundaries, designed to support you in healing your adverse early beginnings and create a beautiful adulthood for yourself, no matter where you started out in life.

And until next time, please take very good care of yourself. You’re so worth it. 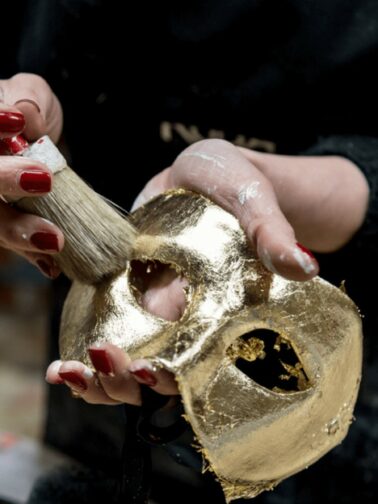 Why Halloween Can Be Therapeutic & How We Can Learn From It. Spiritual Bypassing: What It Is, Why It’s Harmful, And What To Do About It.