She and I both laughed, and we resumed reprocessing, continuing our work to resolve the trauma of her earlier experiences and internalize new, more positive cognitions and beliefs to support her.

But after the session ended, I couldn’t help smiling thinking about what she said “Marie Kondo’ing her negative belief” and thinking what a great analogy she came up with to describe one of the primary intents of EMDR therapy and, indeed, one of the core tenants of relational trauma recovery work.

In today’s essay, I want to explore the concept of maladaptive beliefs and negative cognitions, illustrate how they form in order to protect us, and discuss how – when they eventually stop serving us – we can use EMDR (or other bottom-up, brain-based trauma treatment approaches) to “Marie Kondo” those beliefs. Finally, I’ll provide some prompts to help you get started “Marie Kondo’ing” your own negative beliefs, too.

What are maladaptive beliefs and negative cognitions?

A maladaptive belief or negative cognition can, for the purposes of this essay, be used interchangeably and, as I define them in my clinical work, are thoughts about self, others, and the world that are central to one’s identity and are prone towards negative bias, distorted, and largely fixed.

Maladaptive beliefs and negative cognitions form (often unconsciously) in response to our social, environmental, and emotional experiences, often early in life but we’re capable of forming these kinds of beliefs long after childhood, too.

Within the framework and theory of EMDR, my personal EMDR trainer and consultant (and one of Francine Shapiro, Ph.D.’s original cohort of EMDR practitioners) Andrew Leeds, Ph.D. elaborates on the concept of negative cognitions further by stating that:

“Three elements make up the [negative cognition]: 1) A presently held 2) irrational belief, that comes to mind when 3) focusing on the disturbing memory. The [negative cognition] is: 1) not what was thought at the time of the original event, 2) not a possibly true description, 3) not necessarily believed (or acted on) all the time.”

So what are some examples of maladaptive beliefs and cognitions?

There are thousands of examples of maladaptive beliefs and negative cognitions but, using the theory and frame of EMDR, most are rooted in four core themes of self-defectiveness, responsibility, safety, and control. Below I list a handful of examples per theme:

And, as I said, the iterations of maladaptive beliefs and negative cognitions are endless.

Why are maladaptive beliefs and negative cognitions “a bad thing”?

It may seem obvious, but the impacts of maladaptive beliefs and negative cognitions can be harmful.

Volumes of research illustrate the correlation between chronic stress and our physical and mental well-being and, certainly, maladaptive beliefs and negative cognitions contribute to increased chronic stress.

So, without a doubt, they have negative consequences.

But are maladaptive beliefs and negative cognitions “a bad thing?”

I don’t think it’s quite that simple.

Just like nothing in life is ever fully bad or good, we have to understand that negative cognitions and maladaptive beliefs, at some level, served us well at some point.

They were likely protective and adaptive, they kept us safe at some level.

Let’s take an example of a maladaptive belief/negative cognition: “I can’t trust anyone.”

Let’s imagine a young girl, raised by an alcoholic, antisocial personality disordered father and a depressive, suicidal mother who grew up experiencing chronic and repeated experiences of actual and perceived danger with them.

In this kind of environment, it would be smart of that young girl not to “trust” relationships where her dignity, safety, and physical, mental, emotional, and spiritual well-being would be at risk.

By holding this belief, she might self-protect from withdrawing from those relationships, relying on herself in those formative years when no adult around her was trustworthy, guarding against emotional intimacy with people who were not capable of it.

But what about that young woman as an adult in her 30s – does that maladaptive belief still serve her so well?

Now she’s partnered with a good, kind, and honest (but, of course, imperfect) partner.

She’s surrounded by friends who are there for her as much as their own capacities allow, and works daily with teammates at her law firm who really do want to help her and see her succeed.

Does the belief of “I can’t trust anyone” still serve her so well now that her relationally traumatic past is over and she’s more empowered and surrounded by safer, more functional relationships?

You and I both know the answer: No, her belief of “I can’t trust anyone” doesn’t serve her so well anymore.

Holding onto a belief like this likely stops her from having the emotional intimacy and close, connected, interdependent relationships she craves (and that make life so worthwhile).

And yet, while this maladaptive belief no longer serves her, we can release it compassionately with respect for how it once served her, a process analogous to Marie Kondo’ing your home.

If you don’t know about the global phenom that is Marie Kondo and her “Joy of Tidying Up” process, it’s a tidying methodology hinged on four parts:

The reason why I laughed when my client made her comment is that she had, intuitively, practiced the fourth part of Marie Kondo’s process: holding a compassionate view of her old, dysfunctional belief, recognizing it had served her well, and then releasing it with care (versus moving towards self-denigration or blame that she ever had that belief in the first place).

It was truly delightful and as someone who deeply loves a clean, tidy house and all things home organization (Marie Kondo being one of them!), I couldn’t help but laugh and find joy that she was progressing so well through her EMDR work by compassionately releasing (and cleverly analogizing) her process of moving towards healthier, more functional beliefs.

Certainly, EMDR is not the only therapy that can support a client to identify and release maladaptive beliefs and negative cognitions and replace them with more positive and supportive beliefs and cognitions, but it is, in my opinion, one of the most effective therapies that can achieve this.

I would, of course, love to be able to support you personally through EMDR to identify and then “Marie Kondo” any maladaptive beliefs and negative cognitions that are creating and perpetuating distress in your own life (and/or have my team of EMDR-Certified clinicians at my boutique, trauma-informed therapy center support you in this), but if you don’t live in California and can’t work with us, please consider the following prompts to support you in your own healing journey.

What maladaptive belief might you need to “Marie Kondo”?

All of us have some maladaptive beliefs and negative cognitions that are no longer serving us. Consider the below prompts to identify one (or more) of yours:

Now I’d love to hear from you in the comments below:

If you feel so inclined, please leave a message in the comments below so our community of 20,000 blog readers can benefit from your wisdom.

And, until next time, please make sure to take good care of yourself. You’re so worth it.

A Fall reading list for your relational trauma recovery journey. 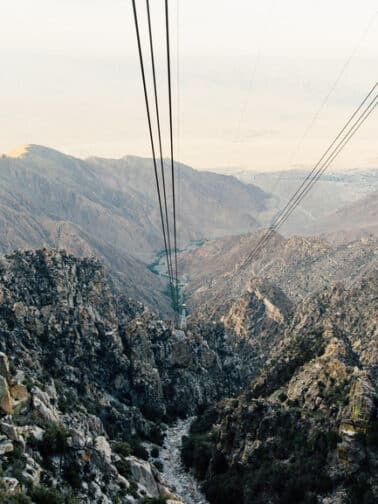